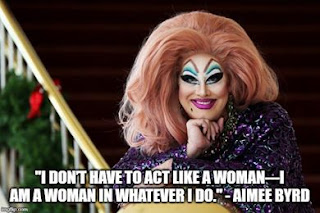 When you speak into a certain context where you are in a group that understands your meaning well, you speak a bit more openly and freely and without as many qualifications because the qualifications are no longer necessary. Removing the unnecessary qualifications doesn’t turn what you are saying into slander and harshness, especially given the context and camaraderie that made the qualifications unnecessary and which cannot be artificially reproduced, though it does make it easier to screen clip and present things as if it were.

When short hand/familiar conversation is sent out to the masses who do not have that context, prior qualifications, and rapport, and added on top of that, in some cases actual quotes and snippets have been edited and made to appear in the worst possible light, the cherry on top is when this mix is all poured out into a (cancel) culture that hates the light of God to begin with, creating the desired explosion that we are currently seeing with Genevan Commons and its screen shots, like the one above. Of course everyone jumps to conclusions, and if you admit, as I did previously, that I have allowed my frustrations and anger to boil over in thought and perhaps even in word/posting (though I stand by the bulk of my interactions in Genevan Commons, on my own Facebook profile, and in this note) at some point and some time, then that becomes tantamount to admitting that you are a racist, misogynist little punk who should lose your job, dignity, and, oh I don’t know, manhood or something like that.

Give me a break. Show us your private conversations in text, email, and discussion groups, and then apply your same standard to yourself.

What is going on in Evangelical and even Reformed churches and denominations is an absolute disgrace to God; it is shameful and wretched. The gay but supposedly celibate have a flamboyant foothold (more to come on this in our next and final installment), Feminism bares her fangs, and racist views of racism are espoused from the pulpit such that we must either agree with the pastor or else “expose” our racism by denying the message applies to us. We are told to dutifully get in line and just admit our Reformed and even our national heritage has had it all wrong about male and female, race and slavery, gender and sexuality, at its very core, always.

So to Aimee Byrd’s book and biblical manhood and womanhood, yes, there have been and still are real abusive men in the Church. Some use biblical, patriarchal doctrines and distort them to their own and their victims’ destruction (2 Pet. 3:16), granting themselves a license or loophole to beat their wives and prey on young women. I know some who have been legitimate victims of this, and it is terrible. It is absolute wickedness and is of course not biblical at all. Such men should be shamed and removed from positions of authority, and in some cases put into prison. But just as hyper-Calvinism is a slander of Calvinism, so too is Hyper-Patriarchy a slander of biblical Patriarchy (father rule). And when even vanilla Complementarianism draws the ire of Aimee Byrd, Rachel Green-Miller, and many men in NAPARC pulpits, you know anything going by the name Patriarchy is the mother (father?) of all evils, the spawn of Satan, a term and ideology that is inherently abusive and misogynistic. To affirm Patriarchy is to affirm you are a bully.

Let me persist a bit farther. Sorry, poor word choice. Let me carry on. After all, that’s what Genevan Commoners are being accused of, carrying on at a frat party. Maybe this is like getting the virtual Judge Kavanaugh treatment. But you cannot say that either, because, you know, DARVO.

Below is one of the pictures Aimee Byrd linked to on Twitter, and she doesn’t have a clue about what was going on when it was posted apparently, which makes sense given she had a ninja, literally, one of her elders, spy in Genevan Commons: “Aimee asked Jason to be in the group as a "ninja" (to spy) for her. Jason replied to Aimee by text message that ‘I am still in there as a ninja, I have several files of screenshots he (Shane) has said.’

This isn’t a baseless accusation. It can be read right here, and for the record, no dishonest spying and ninja-ing is necessary to read it. When Byrd’s own elder did not view the comments in Genevan Commons exactly as she did (i.e., he did not regard them as “slanderous” and as harmful), nor share everything in there that she wanted access to, it seems she pushed the issue and her session ended up asking this elder to step back from his shepherding duties.

Some of the admins in the Genevan Commons reached out to either Aimee Byrd herself or her allies, to get some idea of what comments/threads were sinful in Genevan Commons. No reply was given. So, as punishment it appears, dialogue was withheld in order to allow the Genevan Commons leaked screenshot site to see the light of day. Well, let’s address some of the supposedly salacious screen shots that were snatched from Genevan Commons to make all in there look like ogres and cave men yelling at the women to bring us some meat and ale, or as the women in Genevan Commons are fond of saying, sammiches. Here is an example of what Byrd has tweeted, saying this image of a drag queen, was “not my [Byrd’s] best make up day I guess.” Notice in the file linked above it is stated that this is a post of a transgendered woman (although it is actually a drag queen, the relevant point is that no one was claiming on the record/among the elders that the drag queen/image was meant to be a depiction of Aimee Byrd herself) with simply one of Aimee Byrd’s quotes overlaying it. Nothing indicates in the file that Byrd thought that anyone was saying that SHE was the drag queen/transgendered woman. See for yourself:

And yet Byrd certainly appears to be tweeting below as if she was being regarded as the drag queen, having a bad makeup day. Maybe she will say she was joking, which would be ironic given we are not allowed to joke, but there is little doubt it gains her tremendous sympathy, paints her as a victim of misogyny, and muddies the waters.


Poor Blake Blount. The full Byrd quote on the picture is “I don’t have to act like a woman -- I am a woman in whatever I do.” And if you haven’t figured out the fairly obvious already, the quote and the picture together are illustrating what Blount perceives as error in Byrd’s theology, which I agreed with, which is why I myself asked if I could share this on my own personal Facebook profile (and I think I did, but it is hard to remember given this was posted over a year ago). There is nothing wicked about this post, nothing to hide. It is effective, it is funny, and that is why it is hated. It makes the point too well.

But the context where it was originally posted makes the innocence of this, that it was NOT trying to depict Byrd as a drag queen for kicks and giggles or whatever, indisputable. I replied with the context to Aimee Byrd on Twitter from the very website that leaked this all out to begin with, which you can find if you click through far enough under all the layers the context is buried in (yet still there so as to give the  appearance that they are being fair):